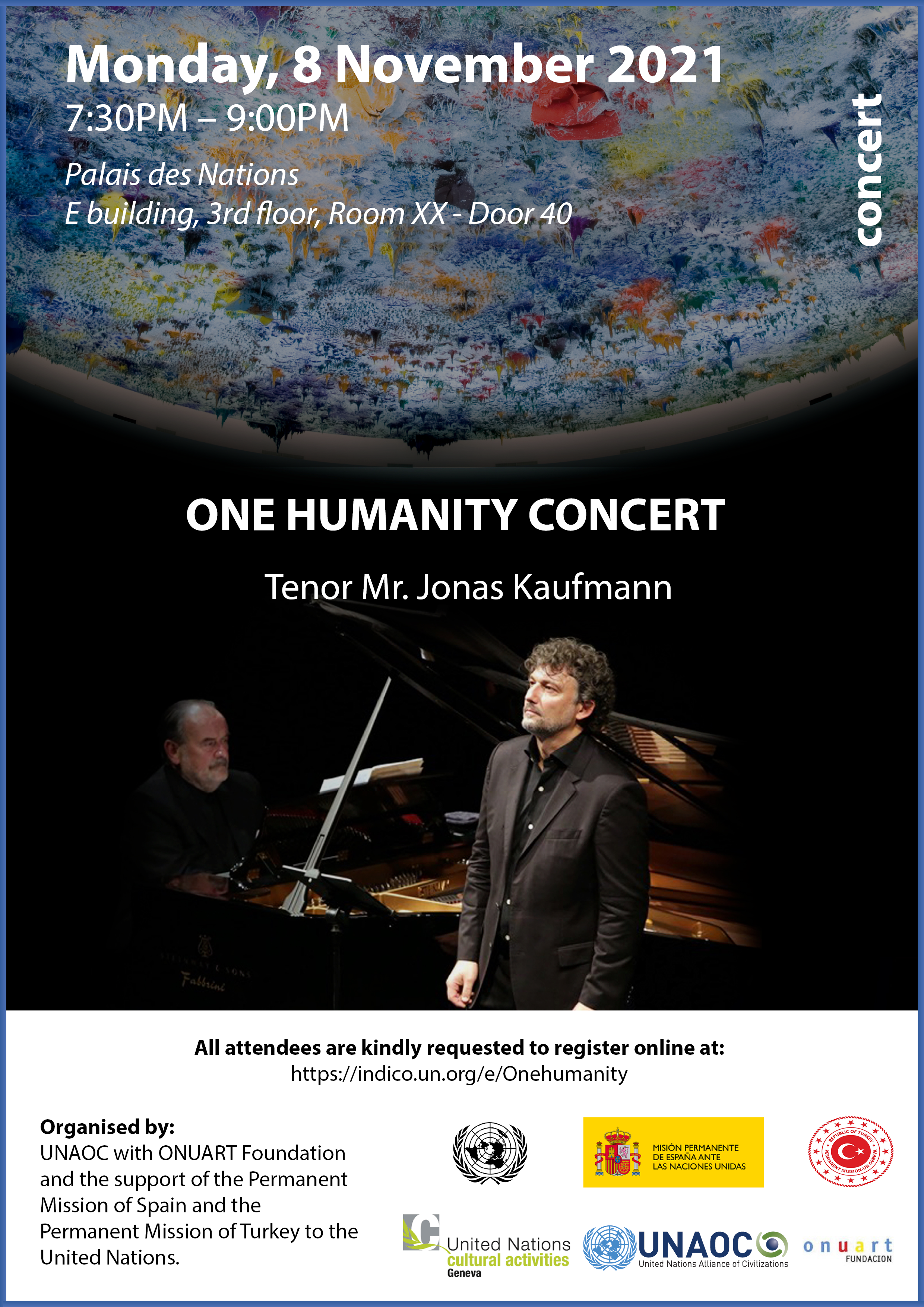 The “One Humanity Concert”

To celebrate the occasion, UNAOC and its partner the ONUART Foundation, will organize a concert, featuring the renown German tenor, Mr. Jonas Kaufmann, who will perform a “solo concert” accompanied by a pianist. The concert titled “One Humanity” is a continuation of the series of concerts initiated by UNAOC and the ONUART Foundation since 2016. The series of concerts are convened as part of the UNAOC mandate and in line with the UNAOC’s motto “Many Cultures. One Humanity”.

The OUNART Foundation a Spanish non-profit, public-private partnership established by the Spanish Ministry of Foreign Affairs and Cooperation, collaborated with the UNOG around renovation of the Palais des Nations Chamber of Human Rights and Alliance of Civilizations. It has funded the installation of the main artwork - the Dome – created by Spanish abstract artist Miquel Barceló. In November 2008, accepting the Spanish gift on behalf of the Organization, the Secretary-General, Mr. Ban Ki-moon, noted: “The Alliance of Civilizations, for its part, is a very important and practical initiative that is linked intrinsically to human rights, and which has already succeeded in overcoming barriers of distrust”. It is in this context that the inauguration of the new office of UNAOC in UNOG is proposed to be marked with the musical performance in Palais des Nations Chamber of Human Rights and Alliance of Civilizations, aiming to rebuild a better world that is more inclusive, peaceful and harmonious.

Due to limited availability of seating space, you will be notified by Thursday 4th of November regarding the approval for your registration.

Please be reminded that access to UN Geneva premises is not, in principle, subject to the presentation of a COVID certificate. However, in line with recent guidance provided by the Swiss Mission, some activities with more than 30 people will require a COVID certificate (i.e. proof of vaccination or negative test result). Therefore, please bring these documents with you to gain entry to the premises.